Would Jesus Give Up on Us? 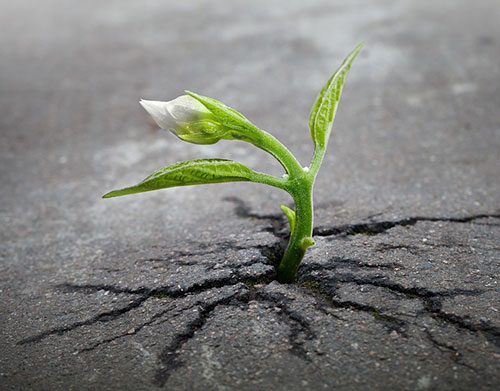 Remember the bumper sticker, "Who would Jesus bomb?" It put a playful, but pointed spin on the mass marketed question immortalized in the 1990s on evangelical youth group bracelets everywhere: What Would Jesus Do? Also known as WWJD? Other witty variations of this question followed. "Who Would Jesus Cut?" became the slogan used in debates over congressional budget cuts that would harm the poor and arm the mighty. Yet, it was WWJB — Who Would Jesus Bomb? — that came to mind as I read a commentary by Bill McKibben entitled "Why We Need to Keep 80 Percent of Fossil Fuels in the Ground."

In the article, McKibben makes a compelling case against the detonating of "carbon bombs" — the vast underground pools of oil, gas, and coal that exist in various places throughout the world. In the United States, think of the coal found in the Powder River Basin of Wyoming or the gas found in the Marcellus Shale extending from West Virginia up to Pennsylvania and New York. McKibben's argument about such carbon bombs is simple: "If they go off—if they're dug up and burnt—they'll wreck the planet." That amount of carbon in the atmosphere would send us well past the red alert danger zone determined by the laws of physics. Our world would simply overheat.

As my brain tried to wrap itself around the moral dimensions of such devastation, I tried out the question, "Who would Jesus carbon bomb?" It doesn't roll off the tongue like WWJD or WWJB, but that isn't the only problem. The question itself is the wrong question to ask. We are not talking about whether to bomb another country. We are talking about whether to bomb all countries, including our own. Carbon bombing is the ultimate extreme of carpet bombing. In essence, we are asking, "Would Jesus carbon bomb all of creation?" WJCBAOC? Probably not a bumper sticker many people would understand or find particularly catchy. For a deeper reason, however, this question still falls short. It would seem that the real question to be asking is not a moral one but an existential one: Would Jesus give up on us? Would Jesus look at the rapacious lust for fossil fuel profits that threatens to explode those carbon bombs and give up on planet earth? Would he look at the climate denialism of certain elected officials and write us off as a hopeless case? Would he look at our mania for gas guzzling cars and simply shrug off the impending doom of humanity?

Maybe some other-worldly types would say that Jesus simply wants to save our souls for the coming rapture and could care less about whether creation gets destroyed in the process. After all, there might be a lot of converts if the world literally becomes a burning hell. Nevertheless, I suspect that many Christians do not believe in a Jesus who would turn his back on catastrophic global suffering so long as he meets his quota of saved souls. Instead, I suspect another Jesus has already won over people's hearts, and that is the Jesus who rooted his life and ministry in a love of others. This Jesus wouldn't give up on us. This Jesus would be propelled by love to make sure those carbon bombs never explode. It is this Jesus who also instructed us to love others just as he had loved us. It is this Jesus who further declared that such love would be the mark of his disciples. It is how others would identify and recognize his faithful followers.

If this truly is the Jesus in whom many believe today, then it seems only natural that the ranks of those on the front lines fighting against carbon bombs should be swelled with Christians. It seems only natural that the defining cause of the present generation of Christians should be the effort to keep fossil fuels in the ground. At rallies and protests, people should point at us saying, "Ah, there is a group of Christians! There's a church! You can see it in how much they love others, how much they love all of God's creation." Would Jesus give up on us? Not a chance. Let's not give up on ourselves either.